We all know that Canada is very different from the United States, and not just in our love of hockey and our “eh” habit. Perhaps grudgingly at times, we pay more in taxes to support a more generous system of social programs, including health care.

Let’s take a close look at Canada’s top 1%. Among the more than a quarter of a million individual tax filers who made up the top 1% of income earners in Canada in 2014, total income amounted to an average of $466,700. This 1% cohort accounted for more than 10 per cent of all income earned by Canadians.

How does Canada stack up to the United States in terms of the 1%? If you guessed that income for the top 1% was dramatically higher south of the border, you are spot on. Within the top 1% in in the United States, the average income surpassed US$1 million in 2014. These top earners accounted for 17 per cent of total income, close to double the comparable share in Canada.

Looking at wealth provides an even starker picture of relative inequality. The top 1% of individuals in the United States recorded an average of US$15 million in net worth in 2015, roughly triple the relative amount in Canada. This concentration of wealth at the top in the United States left the middle class with less than 20 per cent of the country’s wealth, a much lower share than in Canada, at 39 per cent.

What does this mean for the other 99%? With a lower share going to the top 1% in Canada, a greater share of the economic pie is left for the rest of us. The median level of income, which splits the population in half, is actually lower in the United States than in Canada, in spite of the fact that the US economy is wealthier.

Factor in our social programs and health care and it’s no contest. The long and the short of it is: The other 99% is better off in Canada than in the United States. We don’t mean to brag, but we like it up here, eh?

Royalties? How to ‘Megxit’ Your Way to Financial Freedom 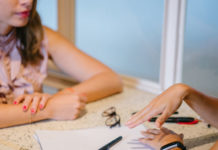 How to Use Debt to Grow Your Nest Egg

Masterclass Part Two: The Real Cost of Sending Your Kids to Uni 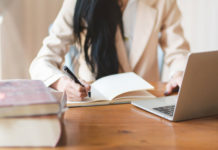