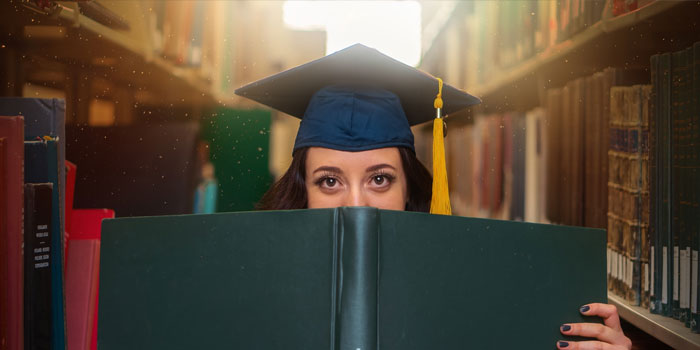 When it comes to paying for post-secondary, the strategies young Canadians and their families use are varied — from parents footing the bill, to students taking out loans or working through university. For many, the way forward is unified.

According to a 2018 Macleans survey, two-thirds of students said they receive at least some money from their parents to pay for post-secondary. Meanwhile, more than 75 per cent say they are responsible for contributing at least a small amount of their own earnings or savings towards their schooling.

Given rising costs, this approach is common, says Matthew Siwiec, a certified financial planner with The Friendly Financial Coach in Toronto,

“The additional costs that can arise through accommodations and other expenses can be overwhelming,” he says. “Very often, additional funds are needed outside of RESPs.”

A multi-pronged approach that involves early preparation, ongoing education and great communication can work well, say experts. Here’s how to map it out:

Setting up an education fund, such as an RESP, when the child is young is ideal, says Siwiec, due to government grants and the capital growth within the fund.

“Typically, you want to have a low-fee investment option that maximizes the available funds,” he says. “If there’s more because you started earlier, that’s less money needed to be earned from part-time work or from summer jobs,” he explains.

Instilling kids early with an understanding of financial concepts, such as how to save for future needs, is key, says Siwiec.

“Encourage them to save alongside you,” she says. “Start early and get their skin in the game — if it’s birthday or holiday money or earned income from babysitting or dog walking jobs —a certain amount goes into the education pot.”

A key step, says Barry, will involve ‘structuring for success’ – namely, setting kids up with a dedicated bank account for savings, and limiting access with a deposit-only convenience card, for example.

Parents should decide which costs they intend to cover. This will also help your student to take steps in advance to plan for their portion.

“Parents will need to decide if they want to cover tuition or if they want to include living expenses as well. Very often, parents will look at the numbers and say, ‘we’ll pay for tuition but if the child wants to live on campus, that’s their responsibility to pay for accommodations,” says Siwiec.

The next step in helping to create a concrete plan, he says, is to estimate the amount of those expenses, which is challenging as tuition, for example, can increase more quickly than inflation.

Online tools provided by universities and colleges – such as this one offered by the University of British Columbia – can be a useful resource for families when it comes to calculating costs based program of study and accommodation needs. They also allow you to input any scholarships or parental support that may offset these amounts. To estimate tuition costs for future years, use these numbers and adjust for the rate of inflation, says Siwiec.

Barry, who offers parent workshops on this topic, says, although many are saving for their children’s education, they don’t necessarily communicate this fact — or the amount — to their kids. She recommends parents be open and honest about sharing their post-secondary savings strategy with their children.

“You are giving them evidence of very positive financial behaviours — so you are showing your kids you are making tough choices, that money is finite; there’s not money for everything and you have to choose. You’re showing them that you are putting something away for the future,” says Barry.