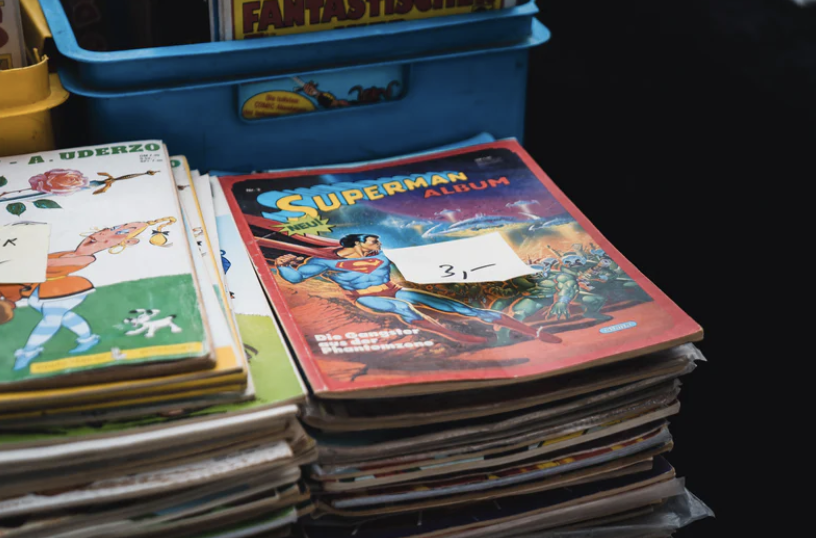 Alternative assets have been increasing in popularity and according to the New York Times, pop-culture collectibles have recently surged in demand. What is behind the craze and how can we invest in this space?

A couple of months ago I received a tantalizing email from Joe Mahavuthivanij, Co-Founder & CEO of Mythic Markets:

“We’re a start-up that allows anybody to invest in fractional shares (real stocks) of their favorite pop-culture icons, like vintage comics, trading cards, video games, and fantasy art. I really enjoy your articles promoting women and finance and felt our goals were aligned in that mission. Currently just one in ten of our investors are women and we are very focused on growing this important demographic. We recently launched our collection of iconic women of pop-culture that includes All-Star Comics #8 (Wonder Woman’s first appearance ever); Benalish Hero Art and NES Metroid featuring Samus Aran, the first female heroine in video games.”

Wow, I wanted to hear more! Over Zoom, Joe told me growing up his Mom had a store that sold videos and also magic cards: “Mom is my hero and my biggest supporter. She encouraged my geek fandom hobby!” He started trading cards in 1994 and had a collection worth between $1-2 million in the trunk of his car. But sadly, his car was stolen in 2002 and he lost everything! From that time on he always wanted to bring his collection back together and a couple of years ago his dream came true when he started Mythic Markets with his best friend from college.

Why do people invest in pop-culture collectibles? I spoke with a few diverse self-described geeks to find out!

Taylor Curry is a Consignment Director at Heritage Auctions in New York City: “When I was six my parents gave me stamp books and from there I was hooked on collecting stamps and then coins. Once you start going down that rabbit hole it becomes a compulsion. I moved on to art and I’ve made that my career. You learn the market, you meet the players, then you understand that the rush is in the hunt…not in the buying. Having said that, there is a ton of money to be made trading fractional shares of pop-culture collectibles. In January, a 1952 Mickey Mantle vintage sports card sold for $5.2 million! My own new obsession is NFTs (non fungible tokens) in digital art on the blockchain.”

Trevor Baker is an Oregon based events professional who bought his first Pokémon card at age 10 after seeing the animated TV show: “Collecting Pokémon cards was a big part of my childhood and now as an adult, I’m enjoying a renaissance. These days it’s multi-generational – parents are reliving their youthful hobbies with their kids. I’ve bought fractional shares in Magic’s Alpha Black Magic, 1994 Magic Booster Boxes, the Fantastic Four #1 comic, and Magic’s Benelish Hero Original Art.”

Amelia Lin is the Founder of Saga (a social media app that helps families save and share family memories) in San Francisco. Amelia grew up in a family that was hugely into board games and she and her boyfriend started playing Magic the Gathering four years ago: “When I found out that I could buy fractional shares in the Alpha Black Lotus card I was immediately intrigued. What interested me is that I can invest in something that relates to my personal nerdy hobby…I feel connected on an emotional level. For a really affordable price, I can own shares in a very expensive card, a card that someone like me could only hope to see in a museum or more likely as part of a private collection.”

How can Canadians invest in fractional shares of pop-culture collectibles? So far, not easily but given the huge demand this will surely change soon. Meanwhile, if you are amongst the lucky few with dual citizenship, you can get started investing right away. The Mythic Markets platform supports US citizens and non-resident US citizens: you need a Social Security number or a US tax ID number.