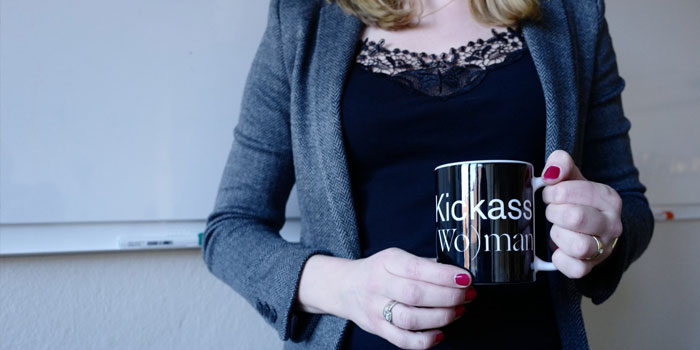 In business, there’s a wide cast of characters and some personalities and situations are more difficult to deal with than others. Based on my conversations with global female leaders, the best way to manage any situation is to speak up.

Why is speaking up so important?

Words have power. The moment you become willing to speak up, things shift in a positive way. And, every time one woman speaks up, she moves the world forward for all women.

Here are four of my favorite stories:

“I was on a panel where we were asked about why having more women in senior positions and on boards was a good thing. The male CEO of another company in Ireland answered with a lot of numbers around why having more gender diversity increased profits and revenues and ROI and all that stuff. I got quite angry and said that all this talk around needing to have a payoff for diversity was the wrong way to look at it. We should embrace diversity (not just for women, of course) because it is the right thing to do! I even went further, and asked “So, if there wasn’t an economic argument for diversity, you would be happy to keep oppressing women?”

It turned into a real argy-bargy after that, I can tell you. There was media coverage and so on. I’ve seen the CEO since and we manage to be polite to each other…but I have to admit it was the most interesting panel I’ve ever been on.”

“In the world of trading it was always the loudest guy on the floor who would be the king. At first men didn’t want to deal with me…if I picked up the line, they would ask to deal with someone else. At one point, I told a guy that I wasKuwait Petroleum Company and if he didn’t want to talk to me then he couldn’t do deals with us. That was a turning point. He called back five minutes later laughing. These days people don’t want to get on my bad side – they respect me. Bully me and I’ll bully you back 10 times more!”

“I’m a consultant engaged mostly with venture capital and private equity firms, giving them advice on acquisitions and conducting technical due diligence for them. The culture in our industry is undeniably that of a “boy’s club”. In all my years of leading various teams (and even though I’m the one asking the tough questions), they still don’t make eye contact with me at the boardroom table— I’ve yet to see another woman at the boardroom table. These days, I call people out on and ask them directly “Why don’t you have more women?”

“As my book neared publication, I started to panic. My fears were not completely unfounded. I authored white papers on gender and investing in 2012 and 2013 that were picked up by a variety of media outlets. While the articles were almost universally positive, the reader comments were something else entirely. “Scathing” is the best word to describe most of them. Everything from my political leanings to my sexual proclivities were called into question by anonymous strangers.

As my panic intensified, I called a friend in the industry who listened to me freak out about all the ways I was potentially ruining my life before he said: ‘Meredith, there are two kinds of people in this world: “Boss Bitches” who do and say big, scary, important things and “Dorito Eating Assholes” who never do anything of consequence and who try to tear down the people who do. You have to decide right now which kind of person you want to be.’ I accepted the mantle of “Boss Bitch” and finalized my book for publication.”