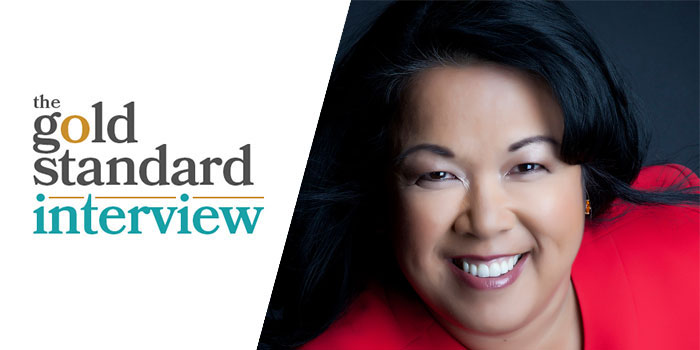 Levonne Louie is a former oil and gas industry professional based in Calgary, Alberta. Louie is the author of several books, including her most recent, Blazing Trails—A Lifetime of Speaking Up, Standing Out, and Staying True to Myself. Here is her conversation with Golden Girl Finance contributor Jacqueline Louie—who also happens to be her cousin—on how women can succeed in the corporate world on their own terms.

GGF: What’s your top takeaway for readers of your book?

LL: We need to start talking about our experiences in order to learn and support each other.

GGF: Why is that important?

LL: Women have been socialized to not speak up, to be the “nice girl”, the “good girl” and to “not rock the boat”. This isn’t to our benefit, especially as more women take on managerial and leadership positions. We need to ask for resources; you can better believe that the men ask for them. I’m not saying we have to play the game the same way that men do. Rather, it’s important to know ourselves, our passions, and what we want to accomplish, and then ask for the resources to get there.
We need to stand up for ourselves, because nobody else is going to do it for us. You might think that a mentor might speak up for you but you really have to find your own voice.

GGF: How can a woman find her voice?

LL: Ask yourself: “What’s the worst thing that could happen?” The other question is, “what happens if you don’t speak up?” You need to look at the pros and cons of each situation.

That’s why I want women to speak up—and not just because of the #MeToo movement. There are bad things that have happened to women over the years that are finally being spoken about. But it’s also important to speak up about what we need to develop ourselves.

Women have been socialized not to draw attention to ourselves, except maybe for our physical attributes. It’s difficult to speak up. You don’t want to stand out or you fear retaliation. But the downside of not speaking up is that you don’t get what you need to develop further, not only as a manager or leader, but also as a person.

Enter to win a free copy of Blazing Trails—A Lifetime of Speaking Up, Standing Out, and Staying True to Myself by Levonne Louie.

LL: If I could bottle that …. Sometimes it’s taking baby steps to build confidence before you tackle the bigger issues. It may be trial and error. Picking your battles is part of it. When there’s something that goes against your values, you need to speak up.

GGF: How can women help other women move forward?

LL: One of the greatest gifts you can give is to help someone develop her self-esteem. As a manager it might be by giving them small tasks to do and then asking them to stretch to take on something bigger. And, when they are feeling down, reminding them of their successes. It’s tough to do on your own. Having a coach or mentor helps.

GGF: What are some of the qualities that helped you succeed?

LL: I’m stubborn and persistent. If I think I’ve got a good idea I push it forward. If it gets knocked down, I’ll refine it and present it again in a slightly different form.

I’m resilient. I think anybody who works in oil and gas has to be. I’ve gone through four or five downturns – although I think this last one has been quite different and has been longer. On a personal level, resiliency was bouncing back after divorce.
I’m not afraid to make a decision and live with the consequences, whether they’re positive or negative. I will analyze, run through my scenarios and make a decision. If it’s the wrong decision, I’ll try to adjust it. That’s resilience: Adjust and try again.

I made a decision to separate and then divorce. I separated when my daughter was one year old and divorced when she was two. I was almost 36 and had been married for 12 years. I had to live with the consequences. As a single mom, I had to work a lot harder. Thank goodness for my education and the fact that I had been working for 13 years in the industry, because I had already established myself.

GGF: What advice do you have for women who want to succeed in business?

LL: This might be counterintuitive, but my personal belief is that the broader your knowledge base about your industry, the more successful you’ll be. If you want to be an expert in something, that’s great. But being an expert in one area does not necessarily prepare you for a managerial or executive role. You need to see the big picture – you need to be able to see things from the 30,000-foot level. As a manager and executive you should hire people who can deal with the minutiae. You need to look at overall strategy and understand all aspects of your business.

The other critical thing is to understand financial statements, what those numbers are telling you about the health of the business and the industry. Otherwise, it’s difficult to spot trends and anticipate changes and to hopefully adapt before change hits. For example, there have been a number of oil companies with a lot of assets, but they didn’t have the money to keep the lights because they hadn’t kept an eye on cash flow.

GGF: What’s next for you?

LL: I’m open to opportunities. I’ll continue to serve on my boards – the Calgary Convention Centre Authority and the Council of the College of Physicians & Surgeons of Alberta. I wouldn’t mind sitting on another board if it’s the right fit.
In the meantime, I’ll work on improving my languages –becoming more fluent in French and Spanish, and learning Mandarin – I already speak Cantonese. I’ll get more fit and travel. I’ll also explore other activities, such as travel writing, photography and finally learning to play a musical instrument. I know a little bit of piano and some classical guitar, and I would like to get that back.

Enter to win a free copy of Blazing Trails—A Lifetime of Speaking Up, Standing Out, and Staying True to Myself by Levonne Louie. 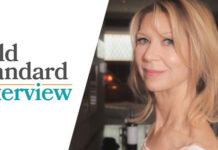 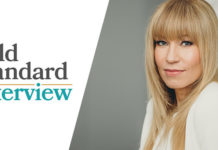 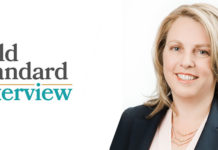