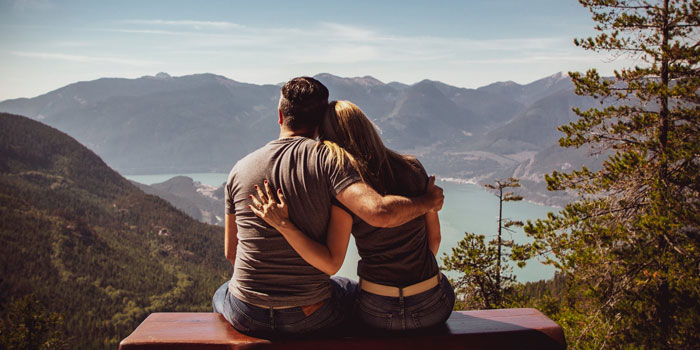 This article is one of a three-part series because, uh, there’s a lot to say on the subject. All names have been changed to protect the innocent— and the not-so-innocent.

In my 20+ years working as a portfolio manager I’ve seen a lot…especially when it comes to couples and money. What goes on? It’s all over the map. Never a dull moment. In this three-part series, I’ll share some real-life stories and what we can learn from them. Let’s start with some examples of “the good”: “Wealth is the ability to fully experience life.” – Henry Thoreau

Alice, a senior executive, and Bob, a tenured professor, have been happily married for over 30 years. When they started dating, they recognized that they were both spenders…sometimes on each other and sometimes on themselves. As their relationship became more serious and they started to navigate how to combine their financial life, they had one big concern about money: neither wanted to have to ‘get permission’ from their partner to spend on the things that were important to them. After much back-and-forth they found a solution – each would have a fully discretionary spending amount ($1,000 currently but varies according to their incomes and the inflation rate.) If Bob felt stressed out and needed three massages at The Four Seasons one month? No problem and no discussion. If Alice wanted to treat her best friend to a lavish dinner out? No questions asked.

Lesson Learned: Allow for “the urge to splurge”.

Mary, an academic researcher, and Ed, a real estate lawyer, have been together for nearly 40 years. Their finances have been merged for most of their married life. In the last couple of years, as they have been approaching retirement, they’ve had divergent views on how to manage their investment portfolio. Mary wants to spend the money within their lifetime; she’s particularly interested in travelling. Conversely, Ed wants to maximize the return on their portfolio so they can leave as much money as possible for their children.

After an in-depth discussion we arrived at a compromise. Although their overall investment portfolio would have an asset allocation of 60% equities and 40% bonds, two of their individual accounts would be managed according to Mary and Ed’s specific objectives.  One of Mary’s retirement accounts is invested conservatively so she can withdraw a regular income to spend on travel and other interests. Ed has an account that is invested 100% in growth stocks with the objective of saving for their children and grandchildren’s future.

Lesson Learned: Acknowledge and respect individual goals and objectives— even within the couple context.

Sally, a retired interior designer, and Bill, a retired serial entrepreneur, are on their second marriages. When they got together 20 years ago, they had a combined total of five teenagers living with them from their previous marriages. From the outset they decided to become ‘one family’ from both an emotional and a financial perspective. In the seven years since they retired, they had been living a modest lifestyle withdrawing a monthly income from their conservatively managed investment portfolio. One Sunday morning Bill was on his way to his fitness club and he decided to stop off to buy gas and check his lottery ticket. In shocking news, he had the winning ticket! In even more shocking news, he had won close to $12 million! Needless to say, he decided to forgo his workout and immediately drove back home to tell Sally the amazing news…she screamed with joy and ran out the door and around the neighbourhood with arms flailing.

After the initial excitement, they sat down with their professional advisors (investment, tax and legal) and we worked out a reasonable financial plan that included gifting a new car and $500,000 to each of their five adult children. They bought a new home for themselves but otherwise continued to live more or less the same lifestyle…with one exception. In the first few weeks after the big win, Sally and Bill both went out and bought entirely new wardrobes. Interestingly after a month or so they each decided independently that the new clothes didn’t ‘feel right’ and they went back to wearing their regular cozy outfits. They didn’t want to change who they were.

As Billy Idol mused “It doesn’t matter about money; having it, not having it. Or having clothes, or not having them. You’re still left alone with yourself in the end.”

Lessons Learned: Winning the lottery of love is priceless, and, if you’ve already aligned your financial goals and habits, winning money may not change that.