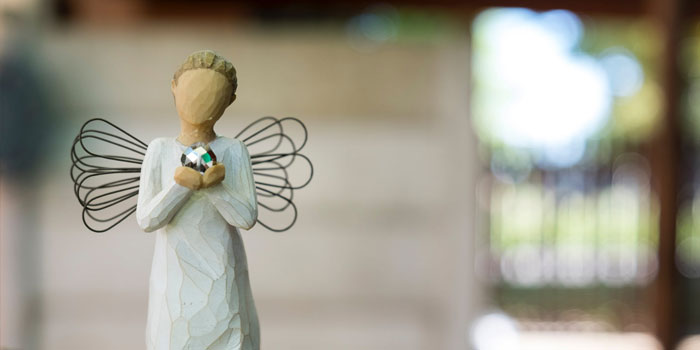 I was in Sweden two years ago researching what women wanted from their bank. I heard a lot about things like ‘more proactive service’ and ‘easier-to-read investment statements’ but I recall being struck by the input I received from one fifty-something management consultant and multi-board member:

“I would be interested in attending an event where I could meet female startups who are looking for money so that I could become an investor in their company. We know that female CEOs have a higher success rate and I would like to meet them! I would like to invest and be side-by-side taking on the business risk with them. The set-up of such an event could be quite easy. Invite female startups and invite wealthy female clients and let them meet.”

That idea seemed radical to me then, but today I’m happy to see that meet-ups like this are popping up all around the world. A great example is a special event I recently attended at the Penn Club in Manhattan sponsored by the AVG Women’s Fund. The broad topic was women investing in women…from the perspective of both the female founders and the female funders.

An angel investor is usually a high-net-worth individual who provides financial backing for small startups or entrepreneurs. From a 2017 US study, the average cheque is around US$25,000 per investment, the average angel has around 11 different investments, and about 30% of recent angels are women – three times higher than the 10% of VC decision-makers who are female!

What type of woman becomes an angel investor?

Alicia Syrett is the Founder and Chief Executive Officer of Pantegrion Capital. Syrett hosted the panel discussion at the Penn Club and she told me about her journey from entrepreneur to angel investor:

“When I learned about angel investing, suddenly it all clicked! I would apply what I had learned as an entrepreneur myself to helping other entrepreneurs through funding and advice. I had faith that if I applied the same level of excellence with which I had always operated that I would be able to recreate myself and create a career that made sense for me. When I first got started, I threw myself into learning everything I could about angel investing by joining groups, attending events, reading, and investing. I took on a “give to get” mentality in that I tried to be helpful to entrepreneurs with whom I met, and in doing so, I learned from them too. The more I learned, the more I shared by speaking, writing for Inc., appearing on CNBC and MSNBC, teaching at Columbia University, and accepting Advisory Board and Board positions.

What is it like to be an Angel who invests in women?

From the Penn Club panel:

The Power of Collaboration

One of the company founders on the Penn Club panel was 30-something Polly Rodriguez. Rodriguez is the CEO and Co-Founder of Unbound—a “rebellious sexual wellness company” for women. Rodriguez went through a cancer diagnosis at 21 that resulted in early onset menopause and found herself shopping for sexual wellness products at a seedy shop next to the highway in St. Louis, Missouri. Ten years later, Rodriguez and her business partner started Unbound with the goal of taking these products mainstream through elevated design, body-safe materials, and accessible pricing. Today, the company has been hailed by The New York Times as the “ideological center of the tech-savvy, female-led women’s sexuality movement” with over 50 products created by a team of 10 women in New York City.

In 2015 Rodriguez started a community called “Women of Sex Tech” because “I was lonely” – she felt she was all alone against the patriarchy. She and another woman decided to create a community with other female founders who were facing similar challenges. What started as a small group quickly grew into a movement. Today that community has 225 female founders! In Rodriguez’s words “High tides raise all ships.”

In 2019, women founders and women funders are coming together in the investing ecosystem to support each other, build new businesses, share what they learn…and make money!