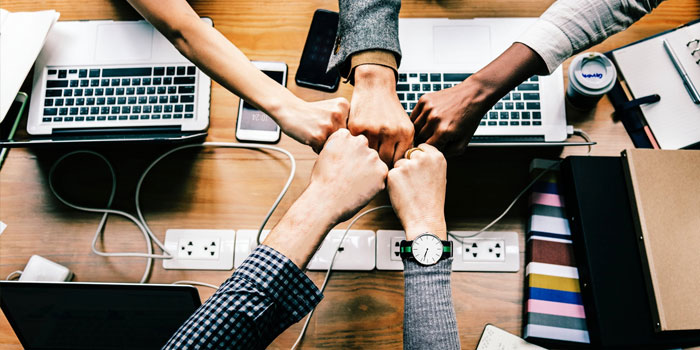 In my last post, I asked five successful women about the little things they did that had a big impact on their day. This month, I asked the same five women to share the best and worst career advice they ever received.

What’s the Best Advice You’ve Ever Got?

“Having fun is key to a successful career.”
-Aline Reichenberg Gustafsson, Editor In Chief, NordSIP.com, Stockholm

“A keynote speaker once gave me some very timely advice. She talked about how she had left a job she didn’t enjoy, managing hundreds of people, because she believed that having fun was key to a successful career. I was having a terrible time at work when I heard this advice. I quit my job two days later and that was one of the best decisions I ever made.”

“Listen to yourself.”
-Hanna Pri-Zan, Chairman of the Board, Peilim Portfolio Management, Tel Aviv

“If you have a bad boss…change jobs.”
-Claudia Stanghellini, Head of External Management, AP3, Stockholm

“If you have a bad boss that doesn’t support you – change jobs! This is key advice. A bad boss makes you feel a lack of energy, a lack of self-confidence, and he/she can kill your enthusiasm and dreams.”

“When I graduated from university in England in my early twenties. I met a head-hunter who said that with my languages, social skills and international work appetite I would be well suited to wealth management.”

“Study the organization.”
-Ester Levanon, Board Member, Banking, IT and Academy, Tel Aviv

“The best advice I ever received was from the Head of the Israeli Security Service (ISS) in 1973 when I was hired as an IT consultant. He suggested that I study the organization and meet with the heads of all of the various departments to find out what they were doing. This advice worked out very well because, rather than being just the IT expert, I became the manager in the organization— who is also an expert in IT.”

What was the worst career advice you ever got?

“Apply for the job…even if it isn’t a good fit.”
-Aline Reichenberg Gustafsson, Editor In Chief, NordSIP.com, Stockholm

“Someone once told me: “Why not apply for a position even if it may not be a good fit for you? What do you have to lose? If you get an offer, you can always decline.” Yes, perhaps we create our own luck but engaging in a recruitment process has costs! First, the minute I sent out my CV my current job began to look a lot less appealing. Daily irritations that I used to ignore became almost unbearable, and I began to self-sabotage a perfectly good position. Second, I had to tell lies to cover up my time away for interviews and this caused many sleepless nights. At the end of the process I didn’t get the job…because it wasn’t a good fit!”

“A colleague once told me to fight a proposed change in our organization. As it turned out this was a very bad idea in that particular situation, but this only became clear to me a few years later. Sometimes it is appropriate to fight change but not always. Sometimes change ends up being an excellent thing!”

“Speak up right away if you don’t agree with something.”
-Claudia Stanghellini, Head of External Management, AP3, Stockholm

“The worst advice I ever received was – if you don’t agree with something you should speak up about it right away. Of course, you should express your opinion if you disagree with your co-workers, your boss or management. But depending on your battle, it might be better not to act immediately. Sleep on it for a couple of days to get some perspective before taking action.”

“Put only a few of your skills to work.”
-Sarah Bevan, President & CEO, UBS Canada, Toronto

“The worst advice I ever received was when a career counsellor in high school recommended that I become either a receptionist or a librarian. Those are perfectly fine jobs, but they weren’t for me.”

“The worst advice? Well…actually this is a difficult question for me. I just don’t listen to bad advice. I put it away and forget about it.”
-Ester Levanon, Board Member, Banking, IT and Academy, Tel Aviv