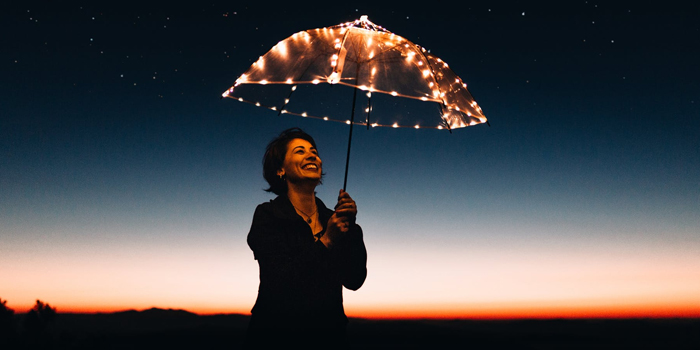 I will always remember my first financial resolution. I was 23 years old and I had bravely moved from Ottawa to Toronto for a new job working on Bay Street. I had a funky apartment in an old house on Spadina Road and I thought I had hit the big time.

After an exciting first week at work the weekend rolled around and I was confronted by the fact that my apartment was dirty. I had been brought up in a traditional household and my mother kept our home spic-and-span. Her message to me had always been, “you study, I’ll clean”, so I really had no idea where to start.

I went out and bought a bunch of cleaning supplies, I put on my rattiest sweat pants and I got down to work. After about an hour of scrubbing and mopping I was struck by a profound thought: I was going to hire a cleaning person. And not only that, in that moment I made a vow to myself that I would always earn enough money to never ever (ever) have to clean my own home for the rest of my life! It’s not that I don’t know how: I am often up at 4 am scooping and scrubbing carpets when my pup has been unwell. It is that I always want to make enough money to have the weekly stuff done.

I have kept that financial resolution for 34 years now. I think the reason people don’t normally keep New Year’s resolutions is that they aren’t meaningful to them at a deep level. Usually it is about losing five pounds or joining a fitness club.

To actually keep a resolution, you need to have a fierce inner motivation.

What motivates women to make financial resolutions and keep them?

Kate is a CEO in Oslo, Norway:

“From a young age, I had always had a fear of not having enough. It was related to most things in my life: high enough grades, good enough soccer cleats, strong enough achievements. I had always been striving for more. I remember being 10 or 11 years old and thinking when ‘when I grow up, I don’t want to have to worry how much my favourite things cost.’ I simply did not want to have to worry about spending on the things I wanted most. I had in my head that if I was to work really hard in school, eventually it would turn into earning enough to not have these worries any longer. Somehow that strategy worked out for me; however, I must say, there is an ever-growing list of things for which to work hard for, although these days the goals are not as tangible and most cannot be bought.”

Camilla is an Angel Investor in Bergen, Sweden:

“Growing up in the north of Sweden I learned nothing at all about money, but I watched my mother (a single Mom) work three or four jobs at a time. I recall having a vivid thought when I was 13 or 14 years old: “I will make money, so I can take care of my Mom.”

Helene is a Tax Partner in Paris, France:

“At age 16, I was most impressed with a friend of my mother’s. She had been educated to become the perfect housewife but said no – she wanted to be a doctor. She took me aside and asked me, a) where I would like to live, b) the type of people I wanted to interact with, younger, older, bright, sick, etc. and, c) how much I thought I would need to earn to be able to live there. This really made an impression on me. I realized I needed to be honest with myself about the living standards that I wanted to have. It is very important to ask yourself the right questions.”

Anne Marie is a Senior Executive in Copenhagen, Denmark:

“Although my Mom had nothing to do with the money management in our family, she is a feminist, and this had a great influence on me. She trained me never to take any ‘B.S.’ from a man, and that men and women are equal. She had worked as a legal secretary and had a front row seat watching how the men had all of the management positions in the law firm and they were living more privileged lives both professionally and privately. She gave me very clear advice to “sit on the management team, don’t be a secretary.”

Girls and women absorb either explicit or implicit financial messages from female and male role models. These essential messages will help shape values around money and maybe even inform life paths.

What messages are you sending to the next generation?

Each of us has the power to influence a younger woman and maybe even motivate her to form a financial resolution that will lead to a life of financial independence and freedom.