With mobile phones, streaming content and rapidly changing technology, “cutting the cord” or canceling your cable television subscription is a hot topic. What does cutting cord really mean and is it right for everyone?

For most, the motivation for cutting the cord is cost savings. Why pay monthly for a content bundle— much of which you never watch? Wouldn’t it be better to only pay for what you want?

The shift away from conventional TV subscriptions is gaining momentum. According to an April 2017 report from Convergence Research Group, Canada’s TV subscriber base is declining by 2% per year with 26% of households without a TV subscription with a cable, satellite or telco provider.

Despite the trend, let’s admit it: cutting the cord is scary. You won’t find a “Cutting the Cord for Dummies” primer from Amazon. And most of the information available is scanty or US-focused. And then there are the “cons”:

A high-quality HD antenna can be used to capture over-the-air (OTA) television signals. If you live in an urban centre, you should be able to pull in a minimum of 20 channels which would include all of your local Canadian broadcasters and some US channels. A quick Google search will give you an idea of the OTA channels in your area.

How do you set it up? There are numerous installers across Canada who will run the wiring and install the antenna. I spoke to Andy Greg at Home Tech Experts in Toronto about installation and what to expect when I turned on my television. He explained that once the antenna is installed, the television automatically loads the channels and the OTA channels come through one of the input selections on your TV. While there is no need to buy any extra equipment, you no longer have your cable box or Digital Video Recorder (DVR). You may want to invest in a Tablo, an OTA satellite DVR that records and organizes your channels.

If your plan to watch programs on your television, not your computer, you’ll need some sort of set-top box, such as Apple TV or a Roku Streaming Player, to organize your streaming. I have had Apple TV for 5 years and find it easy to use because the navigation is similar to other Apple products. I can even use my iPhone as a remote control.

How easy is it to set up? If you are reasonably tech savvy and know exactly which subscriptions you want, the set-top boxes are not difficult to install. The challenge, however, is to replicate the content that you had access to with your cable subscription. For those who find the process daunting, services like Kutco Canada can set everything up for you. Founder Sean Whitehead says, “The biggest challenge, with the exception of the CBC, is that there are not a lot of Canadian channels available through streaming. Most of the growth is with US options. For our clients, we set up the infrastructure with the widest choice possible, Canadian and American, and then they choose their individual subscriptions.”

Many of the networks stream television shows online the day after they are broadcast. For example, hit TV show “This is Us” is broadcast on CTV. The last four episodes are currently available free online. The CBC has some live TV available online, along with its catalogue of TV shows that can be streamed free. You can research what is available by visiting the websites for the various broadcasters. If the show streams online, you can watch it on your computer, tablet, Smart TV, or on your television through your set-top box.

Luxury Fashion Gets a Covid-Makeover 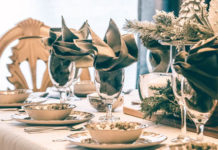 How to Outsource Your Life 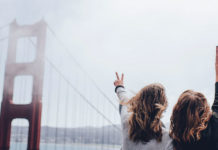 Escape Plan: Why Women-Only Travel is the Ticket 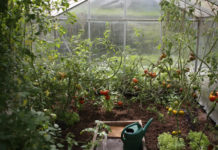