Back in the day when Joan Crawford and Bette Davis were battling it out in Photoplay magazine, the idea of stepping into an automatic elevator was preposterous. What, no smartly dressed elevator operator at the controls to safely zoom us up to the penthouse and then back down?

Joan and Bette eventually patched things up, and we got used to pushing a button and letting the machine do the rest. So why do we hesitate to let our cars drive us around?

Savvy car manufacturers have been coaxing us for years into giving up vehicular control with such nifty inventions as cruise control, parking assist, automatic braking and lane guidance. Now they’re upping the ante. Here are some of the players.

Tesla — According to Elon Musk, CEO, by the end of this year a driverless Tesla will travel from Los Angeles to New York City. He predicts that within two years passengers will be able to nap all the way.

Alphabet (Google) — Waymo is the name of the self-driving technology unit currently piloting a fleet of self-driving cars in Phoenix, including minivans from Chrysler.

Audi & Nvidia — Audi and chipmaker Nvidia have vehicles with technology for driver assistance such as managing road conditions. By 2020, they’ll launch their own driverless cars.

Speed Bumps: What’s up ahead?

If the rise in the use of autonomous vehicles leads to a drop in automobile accidents, insurance rates could drop too.

But, given the complexity and cost of repairing complicated vehicles, car insurance rates could rise.

In the case of an accident, liability may shift from drivers to car companies if the cause is deemed to be the vehicle’s software.

If the insurance costs increase for car manufacturers, that cost will be borne by consumers through higher prices.

Next up: Elon Musk’s self-loading and self-emptying dishwasher. Stay tuned. 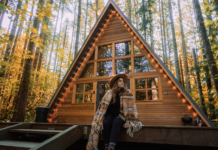 Food Security, Seed Saving and Growing Your Own Food