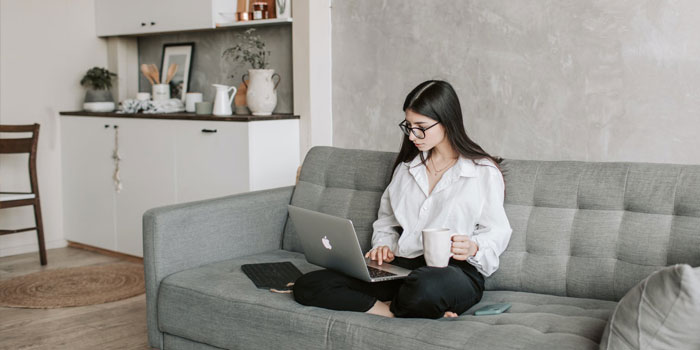 This year has been hard on all of us, yet it has taken a particularly cruel toll on this country’s women. According to a recent report from the Royal Bank of Canada, a staggering 1.5 million Canadian women lost their jobs in the first two months of the pandemic. The RBC Economics report states, “in a matter of months, the COVID-19 pandemic knocked women’s participation in the labour force down from a historic high to its lowest level in over 30 years.”

With the added stress of childcare and elder care, not to mention the burden of home-schooling, some women have opted out of the workforce entirely. Many, however, want and need to keep working.

So what does job-hunting in the pandemic era look like?

A key component to any job search is networking, which is obviously a challenge when so many of us are working remotely, and meeting people to network over coffee or lunch is simply not possible.

The good news, according to Toronto career coach, Stephanie English, is even though everything has moved online, the fundamentals of networking are still the same. She’s here with tips on how to up your virtual game and get noticed in a crowded market.

1. Start with who you know

People tend to confuse networking with cold-calling. It’s not that. Your network includes former and current work colleagues, friends, family and others in your extended social circle. In other words: people you know.

“Everybody sort of freaks out at the idea of networking,” says English. “But it’s simply talking to the people you know, and possibly to the people they know. That’s all you have to do – but you have to do it. Networking is absolutely how you are going to move on and move into a new role.”

Your network is likely larger and more versatile than you think, and one of the most powerful tools to help you narrow down who to reach out to is LinkedIn.

2. Use LinkedIn to its full potential

Most of us know the advantages of having a profile on LinkedIn. Your profile is your best opportunity to showcase to a wide range of people your value.

By taking a look at friends’ and colleagues’ profiles, you’ll undoubtedly see a range of approaches. Some people dump their entire resume on the platform, while others keep their profiles to the bare minimum. When considering your own profile, English believes you should ask yourself what you want people to know about you professionally.

LinkedIn is, however, more than simply a catalogue of professionals. An often-overlooked feature of the platform according to English is the search function. She advises using search filters to pinpoint the industries and companies you’re interested in. You can filter your search by events, job titles, groups and more. Quick tip: The most frequently used search filters are at the top of your search page, but you

can find additional filters in the “All filters” section. Once you’ve homed in on the industry or companies you want to target, you can cross-reference them with your LinkedIn connections.

3. Understand the difference between catching up over coffee and a networking meeting

Once you’ve lined up the people in your network you’d like to meet with, suggest using a video platform for your conversation, as opposed to a phone call or email. Most of us can no longer get together in person, but landing a face-to-face meeting is still the goal – even if both faces are online.

It’s also important to understand the difference between a coffee meeting and a networking meeting. English says it all comes down to the last question. “You can go into a networking meeting, give your background, ask all the right questions and gather information. But if you end that call with, ‘Thank you, you’ve been a great help, let’s stay in touch,’ then hang up – you’ve had coffee,” she says. “If you have that same meeting, and at the end you ask, ‘Is there anyone else you suggest I speak with?’ you’ve had a networking meeting.”

The whole point, she emphasizes, is to keep meeting with people; you never know who might have an employment opportunity that you wouldn’t have otherwise uncovered.

4. Look beyond your geographic location

With so many employees working remotely, one aspect to the pandemic that’s worked as a positive for many job-seekers is that searches can be borderless. You no longer need to confine yourself to just one geographic area.

“And that’s why it’s even more important that you are out there talking to people,” advises English. “Not only does the possibility of remote work offer more opportunity, but it also gives you more competition. Now you could be competing for a role here in Toronto with someone from California.”

5. Networking doesn’t stop when you land your new role

As parting advice, English recommends continuing to network even after you’ve landed a new role.

“You don’t need five networking meetings a week, there is a balance,” she says, “but it should always be part of your calendar.”