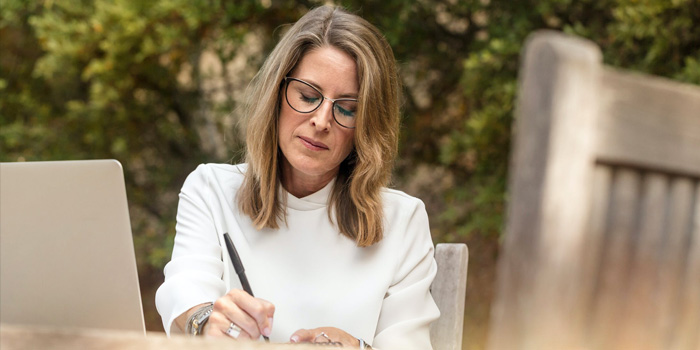 Last fall, ads for a new “aging cream” began popping up in bus shelters around Toronto.

At first glance, they appeared to be run-of-the-mill skincare ads: an image of a jar of cream alongside claims about its restorative powers. However, a closer look revealed sell lines that were, to say the least, unusual: “Restore up to 5x confidence on the job,” and, “Increase respect — practically overnight.”

Of course, the cream doesn’t exist. The City of Toronto was behind the ads – part of a campaign to draw attention to what it described as “the most socially accepted, normalized and tolerated form of discrimination today.” Ageism.

Furthermore, the campaign’s website reads, “Within the workplace, older adults are less likely to be hired, receive training and experience more discrimination than their younger colleagues.”

This will not come as news to most people over 50 working today, particularly among those looking to change roles or re-enter the workplace.

“Our clients have been told they are ‘unaffordable,’ ‘over-qualified,’ and ‘won’t be challenged,’” says Dauna Atkins, a senior consultant at Verity, an HR consulting firm in Toronto. What’s more, she says, “Many of our 50-plus clients have speculated their combination of age and large compensation packages have made them restructuring targets. They have seen their roles reposted a few months later, presumably to be filled by younger employees being paid a lot less.”

It’s little wonder the City of Toronto wanted to zero in on this issue when you consider how much of the Canadian workforce is over 55. In 2016, more than one-third of Canada’s working-age population was 55 or over; by 2026, that proportion could reach 40 per cent.

And many from that 55-plus cohort aren’t going anywhere.

“We are in an era where older workers do not necessarily want to retire, they genuinely want to work and make meaningful contributions,” says Atkins.

Given the challenges of a workforce saturated with Millennials and Boomers – in some cases vying for the same jobs – are there ways older workers can leverage age to their advantage? We asked Atkins for tips on how workers over 50 can increase their value proposition.

Show your work
For the first time in history, businesses can have up to five generations among their employees. If you’ve worked in an environment with staff ranging from 25 to 65 and up, Atkins suggest you demonstrate your flexibility by giving examples of how you have contributed in a multi-generational team.

Be tech-savvy
While you needn’t know how to code, a fundamental understanding of social media, apps, and basic tools such as Google Drive, will likely help your prospects, regardless of industry.

Network
Rather than focus exclusively on the open market, which is more competitive, “Use your strong connections to open doors,” suggests Atkins, “while advocating your strengths and benefits to others.”

Freelance
“Be open to freelance, consulting and contracting opportunities,” says Atkins. “These working arrangements are easier to obtain than full-time roles, which impact head count and are continually under scrutiny.”

Be polished
Without trying too hard to appear younger – which can backfire – it’s a good idea to look somewhat current. “It is also important to display a level of energy that conveys enthusiasm, confidence and genuine interest in what you do,” advises Atkins. “Nothing feeds into ageism bias more than someone who looks old and tired because they feel beaten and like a victim.”

Despite obvious challenges and incidents of ageism, workers in their 50s do have some advantages over their younger counterparts. According to Harvard Business Review, “knowledge and expertise — the main predictors of job performance — keep increasing even beyond the age of 80.”

“Older workers bring personal wisdom, maturity, resilience and a strong work ethic,” Atkins points out. “They can be unflappable, having learned to deal with workplace crises, plus they are adept at trouble-shooting and problem-solving. The experience older workers bring means they can often easily come up with solutions simply because of what they have faced before.”

In short, no skin cream is substitute for lived experience.