A long, long time ago, in 2012 to be precise, The New York Times shared a story about a Minneapolis father who was going through his mail and found a slew of coupons from Target for baby clothes and cribs. They were addressed to his teenaged daughter. Outraged, the man accused the store of encouraging pregnancy among high-school students. A few weeks later, he sheepishly found out that his daughter was, in fact, already pregnant. Target was one of the first to know.

Seven years on, we’ve all become resigned to the fact that our online presence is anything but private. We know our searches on Google and Instagram are duly reported to Jeff Bezos and Mark Zuckerberg. We know that if we look at a pair of Jimmy Choos on the Saks site, we’ll be barraged with ads for it for the next six months. We know Siri and Alexa are listening.

But in this season of holiday shopping, don’t be lulled into thinking you’ll be any less manipulated by shopping in an actual store. Retailers are onto you and frankly, the mall was their first frontier.

Watch for these little retailer tricks to entice you either buy more, pay more, or both.

Do the math. At the grocery store you grab two cans of organic beans, then notice a sign indicating a price of “3 for $9”.  Cool, you think, and toss a third can into your cart without checking the original price for the beans, which is $2.99 per can.

Don’t bulk up. At the grocery store you grab two bags of couscous at $1.20 each, then notice a sign indicating a price of “5 for $5”. You don’t have to buy all five to get the discount – you could stick with your two and pay $1.84. But, as John T. Gourville, Harvard Business School professor told The New York Times, “Many people buy the amount, or buy in increments, that are advertised – five for $5, they end up buying five boxes of couscous or whatever it happens to be.”

Do remember time is money. The reason they put the men’s clothing on the main floor and the women’s way upstairs is they know we are more likely to search for what we want. Once we’ve spent time and effort walking through the store, we become more invested and more likely to purchase something to make the trek worthwhile.

Don’t lose your focus. Starbucks places small packages of mints and cookies at their point of sale, but Sephora takes it to a whole new level. Lining up for the cashier, patrons must resist a maze of adorable minis and travel-size products that are designed to make even the most steely-eyed budgetarian grasp at that cute trios of lip balms.

Do compare, but…  Several years ago, The Wall Street Journal shone a light on the practice of decoy pricing. The practice persists. The example cited was a $275 bread maker at Williams-Sonoma, which experienced a huge surge in sales once it was placed next to another model priced at $415.

Don’t get dissed. It’s a scientific fact, studied by researchers at the University of British Columbia’s Sauder School of Business, that “consumers who get the brush-off at a high-end retailer can become more willing to purchase and wear pricey togs.” Fortunately, rudeness and social intimidation is only an effective sales tactic at luxury brand shops. You’re safe at Costco.

Luxury Fashion Gets a Covid-Makeover

Royalties? How to ‘Megxit’ Your Way to Financial Freedom

There’s No ‘We’ in Retirement

How to Use Debt to Grow Your Nest Egg 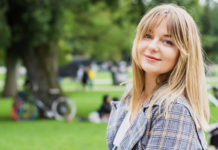 How to Avoid the Pitfalls of the Sharing Economy