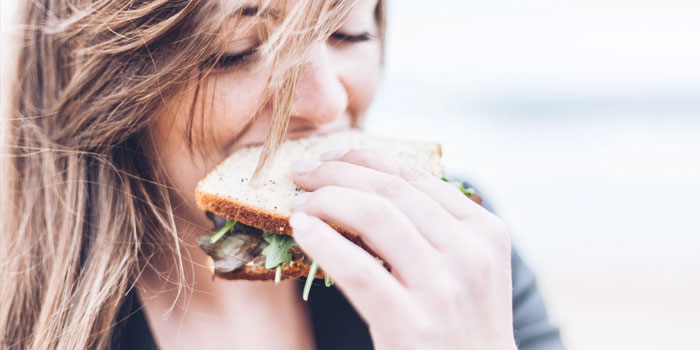 In 2017, there were some 7.5-million grandparents in Canada – up from 5.4 million in 1995. That’s a 39% increase vs a 25% rate of growth in the overall Canadian population. According to The Telegraph, in the UK – one in five people are currently in a four-generation family, and this is expected to rise to one in four by 2030.

Thankfully, 77% of grandparents in Canada rated their health as good, very good or excellent, in a 2011 study. This is up from 70% since the previous survey in 1985. Hopefully we’ll see newer stats soon, but this bodes well for younger “sandwich generation” families who increasingly rely on active grandparents to help out with childcare and petcare.

All these grandparents mean there are more great-grandparents than ever before – creating not just one layer of caregiver in the generational sandwich, but two… ergo, the club sandwich generation.

Yet whether you find yourself in a sandwich or a club sandwich of a family, it does seem that the “bread” gets the better deal. As one woman living in a multi-generational household told The Financial Times, it’s great being at the bottom and top of the generations, as you have people caring for you; but when you’re in the middle, you’re doing all the caring. (And likely while holding down a full-time job.)

So how can we take better care of the turkey and the tomato? Here are a few tips for those feeling sandwiched:

Shack up! Living under the same roof means you can keep a closer eye on the eldest family members, while enlisting them to help with the care of the youngest members. Combining households can be a huge financial boon. Murtaza Haider and Stephen Moranis wrote in The Financial Post: “Consider that a $750,000 suburban home inhabited by six persons in a multigenerational household pays $125,000 per person compared to a couple paying $375,00 per person for a $750,000 condominium.”

If you merge households with your rellys, it’s wise to get advice from separate lawyers. Plan for outcomes that can cause even more stress on the family, such as divorces, incapacity, death – or someone choosing to move out. It’s likely each party will have very different and often conflicting interests.

Eric Brotman, a contributor for Forbes.com, likens financial planning for caregivers to the old airplane safety rule: put on your own air mask before assisting others. This means helping your kids without sacrificing your own well-being and ensuring your parents’ assets are positioned properly.

When your days are consumed with taking care of others’ physical, emotional and social needs, spare yourself the joy of taking care of the toilets. While some people derive great satisfaction from creating cleanliness and order, for others, the ability to hire a cleaner is an investment in mental health and a peaceful home environment.

Most importantly, self-compassion is essential. In an article for Harvard Health, Marlynn Wei, MD, reminds caregivers that “Self-compassion means giving yourself credit for the tough, complex work of caregiving, stepping away from the self-critical, harsh inner voice, and allowing yourself time — even if it’s just a few minutes a day — to take care of yourself… practicing self-care allows the caregiver to remain more balanced, focused, and effective, which helps everyone involved.”