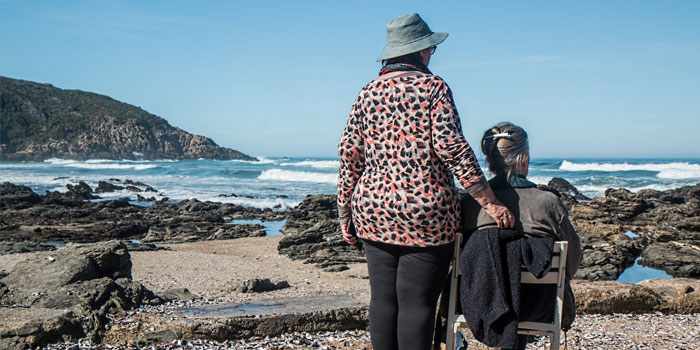 The Boomerang Generation typically refers to 20- and 30-somethings: those plucky few who return to the family nest to shore up their financial resources. But it appears the boomerang is lately flying in a new angle. Longer lifespans, fixed incomes, and health concerns are inspiring 60 and 70-somethings to move back in with their own moms and dads.

In Canada, the number of people aged 85 and older grew by 19.4%, in the five years between 2011 and 2016. This is roughly four times the 5% growth rate of the Canadian population as a whole during that time.

Kathrin Boerner leads the Aging Together Study in the US, funded by the National Institute on Aging. In an interview with Market Watch, she calls today’s longevity a phenomenon that “…once was almost freakish. More baby boomers still have their parents than any previous age cohort.”

Growing old with one’s parents is a wonderful luxury and a testament to better fitness and healthier societies. The challenge is how to manage the inevitable pressure on finances and health over the duration of all these long lives.

First off, sharing is caring. In many cases, the impetus to “move home” is to help care for an aging parent (or two). Once their own children have flown the coop, empty nesters might find that sharing a roof with their parents is a better alternative than moving the 80 or 90-somethings to a structured care facility.

According to the Vanier Institute and Statistics Canada, nearly one million seniors in Canada provided care to a family member or friend with a long-term health condition, disability or aging need. These seniors represent some 12% of all caregivers. While this is 2012 data (the most recent available), given the demographic trends, we can easily assume these figures are on the rise.

Secondly, as any retiree will attest, fixed incomes are hard and real estate is expensive. When you’ve got a finite number of fat stacks you need to make last, living longer can mean living less large. Downsizing has long been a common theme among Boomers and going a step further to split overhead housing costs with older parents can help solve two generations of dwindling retirement funds.

As Nathan Battams of The Vanier Institute wrote, “Cohabitation can help avoid or reduce some of the stress and costs that might otherwise result from providing care to a parent who lives out of town or in another province – so it is perhaps not surprising that nearly one-quarter (24%) of Canadians who provided care to their parents in 2012 lived with the care receipient(s).”

There is a third factor, however, that proves that the caregiving role doesn’t always revert in old age. “An unexpected finding is the sub-group of old parents who are serious support providers to their children,” said Boerner. “We’re used to upstream support, child-to-parent support, but when children are over 65, they may have significant health conditions.” The image of John McCain’s 106-year old mother grieving at her 82-year old son’s funeral was moving indeed.

Boomerang Boomers (and their parents) would be wise to investigate the Canada Caregiver Credit, which allows caregivers to claim a tax credit for providing for adult dependents with physical or mental infirmities; as well as getting legal advice to ensure that assets can be smoothly handled when family members fall ill or pass on.

Perhaps the most significant benefits though, are companionship and purpose. In the Market Watch story, gerontologist Kerry Burnight called loneliness in old age “a public health crisis” and advises that “Research shows us older people who are socially isolated have a significant increase in cognitive impairment and higher risk for stroke and cardiovascular disease.”

In other words, why loiter around an empty nest when you can hang with your folks and argue over what to watch on Netflix? Some things never get old.