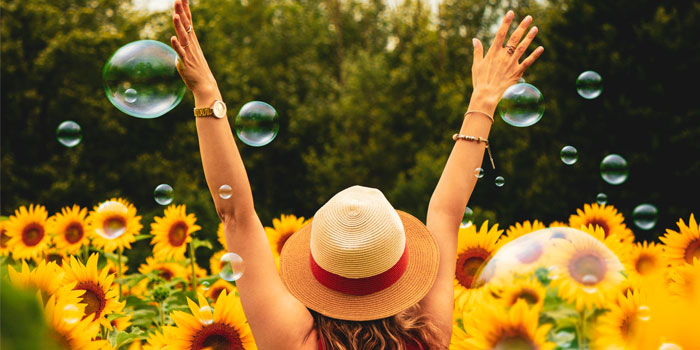 If you haven’t watched the Netflix series “Dead to Me”, I recommend giving it a spin. It’s about the unlikely friendship between two women, one of whom killed the other’s husband (by mistake, but still). In a recent feature in The New York Times, Christina Applegate, the series’ co-star revealed the secret to her career longevity: “Mediocre success.”

Applegate’s comment came to mind as I read the latest blog post from Nick Maggiulli who writes about achieving the Goldilocks Zone of Personal Finance. He suggests that, if you want to enjoy better health, less stress and guilt—and, by definition—more fun, aim to be neither too poor, nor too wealthy. In other words, aim for the Goldilocks Zone.

Aiming for middling runs counter to how most of us function in our winner-take-all society. Who wants to be average? We want above-average results—in our investing outcomes, careers, relationships, children, even in airplanes and hotel rooms! We’re always jockeying to improve our position relative to others. And, despite a few pockets of low self-esteem, we generally think of ourselves as above-average in most areas of life. For example, a well-known study showed that most people consider themselves to be above-average drivers, even though that is statistically impossible!

But maybe we should think about reaching for more modest outcomes, especially when it comes to our finances?

In studies of animal behavior, being at the bottom— or at the top— of the pecking order is a recipe for distress. Monkeys, our close simian relatives, experience more stress (based on hormone levels) when they’re either at the bottom or the top of the hierarchy. At the bottom, they’re hassled by others but at the top they’re constantly posturing and fighting to protect their coveted position. By contrast, the monkeys in the middle, fare better than those at either extreme of the social ladder.

Doesn’t that remind you of human behavior?

As Maggiulli points out in his blog post, people at the bottom of the socioeconomic ladder suffer from constant stress. Every day is a fight for survival. The lack of reliable and sufficient income is as hazardous for their health as smoking, a lack of exercise or other lifestyle factors associated with cardiovascular disease.

But, guess what? The very wealthy suffer too. They worry about how to manage their money in the best way, including how not to lose it. They worry about relationships and whether people are trying to take financial advantage of them. Some of them feel tremendous guilt for having so much wealth when others have so little. And, they wonder how to be the best stewards of their fortunes, not only for their families but also for society.

By contrast, the Goldilocks Zone is the place where you have enough to live well without the burden of perpetual insecurity or “existential anxiety”. Now the big question is, how do you find your Goldilocks Zone?

This is a highly personal question and maybe it’s one that you can’t answer alone. (This is where hiring a financial planner can really pay off.) Because maybe you’re already in the Goldilocks Zone, or have even exceeded it, and you don’t yet know it. How would having that information change your life? Would you still aim for more, or would you finally exhale and fill your time with pursuits other than chasing money?

Charlie Munger, the vice-chairman of Berkshire Hathaway, someone who is not only smart but, more importantly, wise, has this to say on the subject:

“Much better to aim low…I did not intend to get rich. I wanted to be independent. I just overshot.”