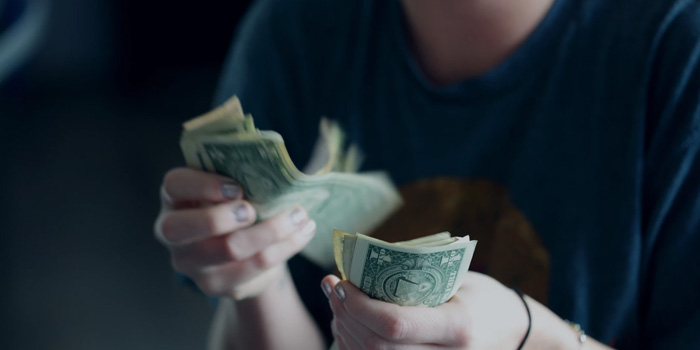 Whether we’re saving for retirement, a home or to create a substantial nest egg, most of us are busy putting money away toward a particular goal. But, what happens when the habit of putting money aside means that our everyday living becomes too austere?

Hyper-savers have been in the spotlight lately thanks to strategies like FIRE (Financial Independence Retire Early). FIRE devotees save a high percentage of their earnings in order to achieve financial freedom early in life, like the 30s or 40s.

When does diligent saving become a form of pathology?

Squirreling extra money away towards a goal — or being frugal because of a distaste for consumer culture — isn’t necessarily a concern, says Dr. Moira Somers, a Winnipeg-based clinical neuropsychologist, professor and financial recovery expert.

“When you consciously make a decision to pare back your lifestyle in order to have some of these other experiences that you do want, or to release yourself from experiences you don’t want, then that’s really living out the purpose for which you have tightened your belt,” she says.

Barbara Knoblach, an Edmonton-based certified financial planner with Money Coaches Canada says that frugality and extreme saving can look different for everyone. Where aggressive saving can become detrimental is when it comes at the expense of simple and inexpensive pleasures in life – such as hobbies, entertainment and social activities, she says which can lead to social isolation and self-imposed poverty.

“Falling into a situation where even the smallest expenditures are being scrutinized and denied…those people can really end up in isolation,” adds Knoblach.

Indeed, says Somers, although the middle ground between ‘frugal’ and ‘healthy’ is in the eye of the beholder, saving moves into problem territory when it leads people to live in unnecessary deprivation, putting health, relationships and careers at risk.

“If you’re sacrificing current safety and well-being for something future-based, you may actually compromise your ability to get to that future. And that can include your relational future,” she says.

“I’ve seen people do things like not pay for testing strips for their diabetes. Depending on how zealous you are, pretty much everything can come to be seen as optional and sometimes, you just need to kind of get a bit of a reality check,” adds Somers.

For those who wish to go ahead with ambitious savings plans, says Knoblach, it’s a good idea to get in touch with a financial planner for guidance — habits are hard to break, she says, and there’s a danger that you might overshoot your goal.

“Someone might think: ‘I am just doing this until I’ve reached financial freedom. Then, I’m going to let loose and enjoy life.’ However, I would caution against that mindset.”

“Habits are extremely powerful. In other words, if someone is embarking on an extreme savings plan for some period of time, there is a good chance they’ll stay on the plan indefinitely,” she says. A third-party may be helpful in developing a plan that’s realistic for the individual’s situation.

Rather than opt for extreme frugality, a more balanced approach, says Knoblach, may be to develop multiple income streams over time.

“It’s totally possible to have income from a job, income from a business or self-employment, rental income, investment income, etc. Individually, these income streams may not be very high. But when added up, they can become substantial to the point that the initial source of income — often employment income — will become redundant over time,” says Knoblach.

“I think it’s a fine line between saving money for your financial freedom and retirement and being aggressive and strict about it and depriving yourself of the essentials in life – you have to just be careful that you do not cross that border and end up in a misery that is self-imposed.”