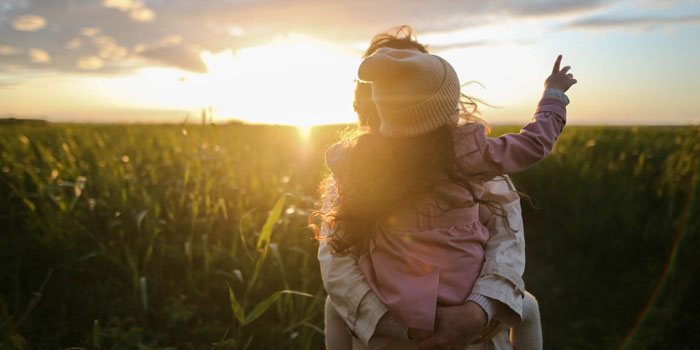 For Tina Turner, career was the top priority. She travelled constantly to perform and promote herself. In her book she says that she was never the “mushy Mother-hen type”. That may be an understatement. I recall a magazine interview Turner did in the 70s, when she was still with her then-husband, Ike, where she said that having kids was easy, you only had to birth them, other people did the rest. A provocative statement from a mother at any time. Of course, no one would have blinked if it had been Ike who said it.

Fast-forward 40 years and tv series creator Jill Soloway writes about being a failure as a mother but a big success as a “father”.

“I’m the best father in the world. I’m far better as a father than I am as a mother. Imagine a dad like this: Every day at 6 p.m. I get home from my really high-powered job where I make plenty of money for everybody. I have taken care of dinner by checking in with the sitter on the phone at around three and saying, ‘Yes, turkey meatballs will be perfect! Maybe we should have some broccoli just to be safe?’ Then when I get home dinner is on the table, and I thank the sitter and dismiss her, and I sit with my children and hold space for questions about their day. I spend time them with them and then put them to bed…If I were a man I’d be at the top 1 per cent of all fathers. As a mother, I was a complete and total failure.” P. 157.

Both Turner and Soloway are in a small, elite group of high earners working in creative fields. They call most of the shots and are sufficiently well-off to delegate daily tasks to others. They’re not like us. What about regular women? What are the trends on how we handle demanding careers and domestic responsibilities?

Technology has had a dramatic impact on working life for both men and women, but it’s women who are paying the biggest price. As work has become more precarious, even among the white-collar, employees are expected to be always available. This means longer hours both in and out of the workplace.

As the cost of a middle-class life increases, it’s necessary for both partners to work. Yet, women still do the majority of the “life-sustaining” unpaid work: childcare, cooking, cleaning, ferrying to doctors’ appointments, and, increasingly, attending to elderly family members and friends. According to a recent Statscan report, the proportion of women who cared for an adult family member was three times that of men, causing the women to miss work, cut down their hours, or be passed over for promotions. It’s no wonder that women experience more work-related stress.

Among highly-educated couples with equally demanding jobs, it’s more likely that the woman will bow out of the workforce to give her husband the flexibility to work very long hours to advance his career and income, something called the “overwork premium”. As Cynthia Goldin, a Harvard economist stated in The New York Times, “Women don’t step back from work because they have rich husbands. They have rich husbands because they step back from work.” (Interestingly, there is no gender pay gap for women and men who work extreme hours.)

This is a tremendous loss of talent and human potential simply because the work world has been created by men, for men. Whether it’s the expectation to work extreme hours and be “all-in”, having to cope with physical environments optimally suited to men (cold room temperatures), or forced to use uniforms and tools designed for men in careers such as engineering, construction and police services, it’s an uphill battle.

Enabling women to work a treadmill of extreme hours is not the solution. (It’s not ideal for men either.) Offloading all caregiving and domestic chores to underpaid domestic workers won’t enhance family life, communities or society-at-large. It also doesn’t change the fundamental flaw in the way in the workplace is organized in the first place. Hint: It’s the P-word. Patriarchy.

How does work need to be reorganized to benefit both women and men equally? This is a big question, right up there with global warming. Driving highly-educated and accomplished women back into the home in order to sustain the family is not the answer.