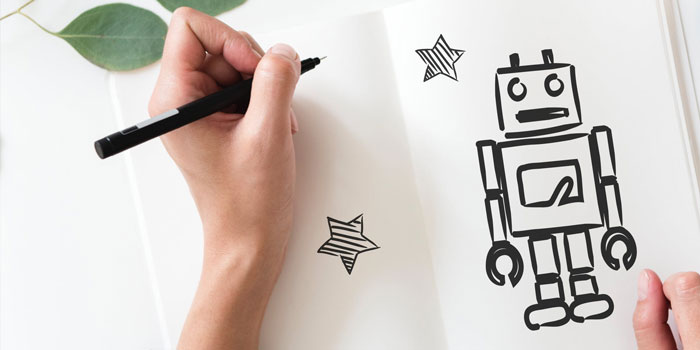 If you’re from my demographic cohort, you’ll either chuckle or be offended by the fembots featured in the 1997 film, Austin Powers: International Man of Mystery. Their lethal weapons were no match against Austin Powers’ charms.

Less amusing and more dangerous than Hollywood femme fatales, is how robots are impacting women’s careers. According to new research published by the International Monetary Fund (IMF) last October, 180 million female-dominated jobs are at risk of being displaced by automation in the next two decades. (11% of the female workforce, versus 9% of the male workforce.)

Automation will dramatically alter job opportunities for both men and women however it’s women who are at higher risk of losing their jobs to automation than their male counterparts for several reasons.

First, relative to men in the same occupation, women continue to perform more routine tasks than men. These are the roles most likely to be replaced by automation. Less well-educated, older female workers and those in lower-skill clerical, service and sales positions are at most at risk.

Second, women remain underrepresented in sectors of the economy that are growing, including the STEM (Science, Technology, Engineering and Mathematics) and ICT fields (Information, Communications Technology). So, not only are there fewer women in these vital sectors of our economy, but those employed are four times more likely to be in a clerical or service role rather than in the value-added positions where human judgment is required.

Third, gender imbalances continue to exist in the educational system, with fewer than 20% of computer-science graduates in OECD countries being women.

Fortunately, women are less at risk in certain sectors including healthcare and social services where there are smaller gender gaps in managerial and professional positions and where women are performing more of the non-routine work than men, such as nursing.  With demographics pushing demand for these services in the decades to come, they continue to be areas of opportunity for women, provided they continue to keep pace with the technology and educational requirements needed in these evolving roles.

The IMF research recommended a number of policy initiatives designed to ensure that women are the beneficiaries of technological change, rather than the victims of automation. These include bringing more women into the workforce, particularly in developing countries, with policies and infrastructure enabling them to participate.

Training and higher education are required to ensure that both men and women have the necessary skills to transition and succeed in the new economy. The study highlighted that the risk of automation is less than 1% for female workers with a bachelor’s degree versus 50% among those with less education.

Reaching out to youth early is also critically important in order to present alternative career opportunities to young women in high school when educational choices can still be made easily. Further, lifelong learning will also be essential for all members of the workforce, as both women and men will need to continually re-tool and upgrade their knowledge and skill set in our rapidly changing economy. Employers must ensure that women are represented equally in re-training programs, which has not been the case in the past, but is critically important given the higher risk of job loss facing women today.