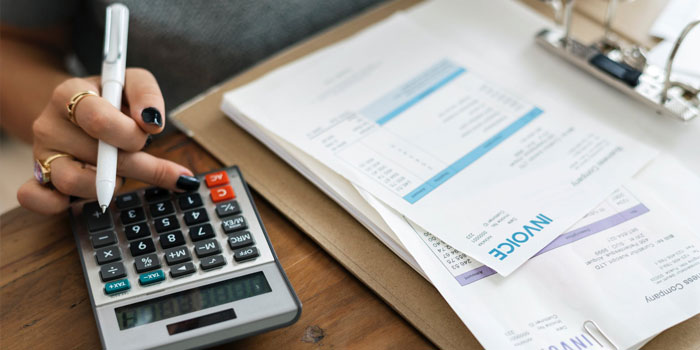 It may not seem like much – maybe you’re paying a $15 monthly bank fee, $50 for a subscription of boxed beauty samples, but add your cellphone, internet and Netflix costs and, over the year, these relatively small bills take a significant chunk of your money.

If a service isn’t delivering the value it once did, or you’re simply no longer using it, perhaps it’s time to look into cutting it out? Even eliminating small fees can improve your financial picture.

Know why you want to cut the expense: Change is hard for most people, says Stacy Yanchuk Oleksy, director of education and community awareness with the Credit Counselling Society, so, before you start cancelling services or calling companies about your bills, make sure you’re clear on why you’re taking these steps. This will make the plan easier to implement and stick to.

Examine your cashflow: Unless you’ve tracked your spending, it will be difficult to know which fees can be reduced or eliminated.

“The act of writing it down actually clarifies for consumers very, very quickly where their money’s going. Maybe the issue isn’t actually cable, maybe it’s eating out,” says Yanchuk Oleksy, who recommends tracking spending for at least a month or two before making any changes.

Zero in on something significant: Once you’re familiar with your cashflow, it’s time to analyze the information, to see if there are overlaps or services you don’t use. Matthew Siwiec with The Friendly Financial Coach in Toronto suggests focusing your energy on the high-impact areas first. The savings you’ll see here will not only help you maximize the return for your efforts, but these expenses are also usually hardest for people to cut.

“They can be very difficult, especially if it leads to a lifestyle change,” he says. Some of the more common ‘high-impact’ areas would be groceries and eating out, or transportation such as vehicle ownership.

Meanwhile, cable and phone plans tend to be fairly expensive, says Yanchuk Oleksy. According to the CRTC, Canadians pay more than $200 per month on average for their communications services, including cellphones, internet and cable.

Cutting these fees usually takes a phone call, she says. Be prepared to say on-hold and be assertive about strategies to reduce your bill or eliminate services that overlap.

“You never get, if you don’t ask, so I’m always a big believer in asking for what you want and then, there’s probably room for negotiation,” says Yanchuk Oleksy.

Tackle the smaller fees: Once you’ve taken steps to slash a larger bill, Siwiec says, it’s time to look at some of the smaller fees. “Smaller expenses have a tendency to kind of linger in the background and some people don’t even realize that they’re paying for them, especially if it’s an automatic payment that comes out,” he says.

One of the more common small expenses are subscription fees – everything from Netflix to online games or other apps. “It’s very easy for these to get out of control,” says Siwiec. Fortunately, once they’re identified, cancelling or changing these can be just a ‘click’ away. Monthly bank fees are another smaller expense that can add up over the course of a year, says Siwiec, although, he cautions, that changing accounts or providers can be complicated.

Take your time: Reducing expenses can be time-consuming and overwhelming if you do it all at once. Yanchuk Oleksy suggests staging the process. “Maybe my goal is for the first quarter of the year is to track my expenses for one to two months, and by month three I’m doing an analysis,” she says. By month four, you’ll hopefully see some savings!