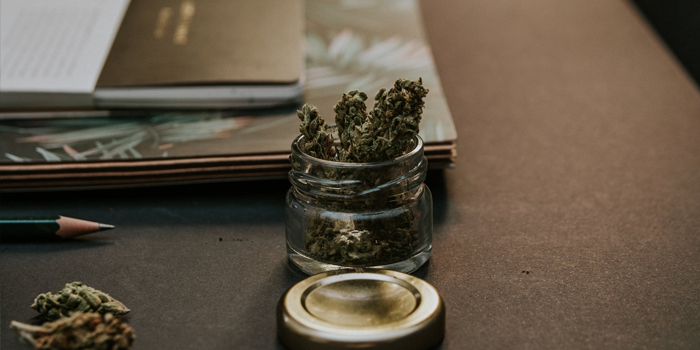 With legalization around the corner, the cannabis sector is growing and evolving at light speed — and while there are currently only a handful of women in the highest ranks of the industry, those at the forefront are hopeful this will change.

According to Canadian Press data collected in 2017, only five per cent of board seats at publicly traded marijuana producers were occupied by women. In 2017, Marijuana Business Daily found that women hold 27 per cent of executive roles in the cannabis industry, down from 36 per cent in 2015 — although this is still higher than the national average for all U.S. businesses.

As president of cannabis production company Good & Green and co-founder of The Green Organic Dutchman, Jeannette VanderMarel is one of these executives — but at the moment, she says, women are “not at all” well represented in the sector.

“Generally, when I meet with financial institutions or banks or venture capitalists, I have always been, I think, the only woman in the room,” she says.

Robyn Rabinovich, vice-president of business strategy at biopharmaceutical and wellness company TerrAscend, has been in the industry for four years, moving up from marketing to business development and strategy positions. She says she is starting to see more women in cannabis, but they tend to disappear from the forefront when you get to the higher roles.

“In general, we see a lot of focus on women participating in the industry but I think where we’re lacking women really coming forward strongly is in some of those higher up, more leadership executive positions,” she explains.

At the same time, those who are in the upper echelons of the sector are making great strides on both the corporate and advocacy sides. For example, in addition to going into business in the space a few years ago, Rosy Mondin, CEO of B.C.-based Quadron Cannatech Corporation, an automated extraction and processing solutions company, has also held key advocacy roles, speaking on behalf of growers who were seeking to move into the commercial space and waiting to be licensed.

As an advocate, Mondin, who has a criminology and corporate/commercial litigation background, has sat on roundtables before Health Canada and the provincial regulator in British Columbia and worked with the Senate over the last few years, offering input on the new regulations.

“As a CEO of a company and as the ED of an advocacy group, it was just so important that you have to help drive regulation, so that’s why we launched into that too,” she says.

“On that side, we’ve been unbelievably successful, more than my wildest dreams in fact. We were the only group in Canada to advocate for splitting up the ACMPR [Access to Cannabis for Medical Purposes Regulations] into the licensing segments that you see today,” says Mondin.

These new licensing categories will provide more opportunities for women to get involved or expand their businesses, say those in the industry, providing a less onerous pathway into an industry built by entrepreneurs.

“We are seeing this vertically-integrated system that requires everything to happen under one licence to be broken down into 10 different subcategories. So, whether that’s microprocessing, microcultivation, or just a nursery licence, there are now more opportunities for individuals to get involved at a smaller scale,” says Rabinovich. In addition, she says, there will be more opportunity on the product-derivative and brand side of things, whether that involves topicals, vape pens or edibles.

Indeed, VanderMarel notes, there will be a lot of room for smaller and niche players — and women can play a key role.

“It will require collaboration with other players who have other resources such as extraction or marketing and branding, but there is a lot of room still in this industry for all players, so it’s certainly my hope that there’s more women-led companies, even if they enter in a smaller entity, that they collaborate and build out a good brand,” she says.

Alongside the opportunities, as October approaches, evolving regulations and strict timelines remain key challenges for all cannabis businesses, as companies strive to stay compliant.

For example, says Rabinovich, Ontario’s announcement in August regarding a change to its planned cannabis retail sales model was the perfect example of the need to understand new regulations from a strategy perspective.

“We were moving forward ahead with Ontario’s plan, and then with the induction of this change of plan allowing private retail, I think that’s just the perfect example of how licenced producers need to stay nimble and pivot as things formalize,” she says.

With legalization imminent, another main focus for many companies is on the strategy around mergers, acquisitions, strategic partnerships, and other considerations that come along with rapid growth, says VanderMarel.

“And because of those focuses, we need to partner with the right companies, and that’s one of the big challenges right now is finding the right partner for what you’re doing,” she adds.

For women, she says, the sector has added difficulties — one of which often involves just being the only one in the room.

“One of the things I speak about when I’m advising women entrepreneurs is know your numbers, know the banking/VC language — know your numbers cold, because generally we’re not raised in those capital market-type environments,” she says.

The industry is maturing as it heads into its next phase, says VanderMarel, leading companies to focus on having a good quality product that meets consumers’ and patients’ needs, as well as being respected and recognized brands.

“I think that it also, as a woman, gives me a great perch there, where many women prefer to buy from a brand that they recognize or know, so although there’s challenges of being a female manager-led company, there’s also strengths,” she says.

Post-October, Mondin expects to see the growth of a robust, commercialized cannabis industry that will become normalized — and she is already noticing that more and more women are feeling comfortable coming out and branding themselves in the space.

“I think the opportunity is huge for women, because, I don’t care what anyone says, it’s not too late. The industry has barely begun.”