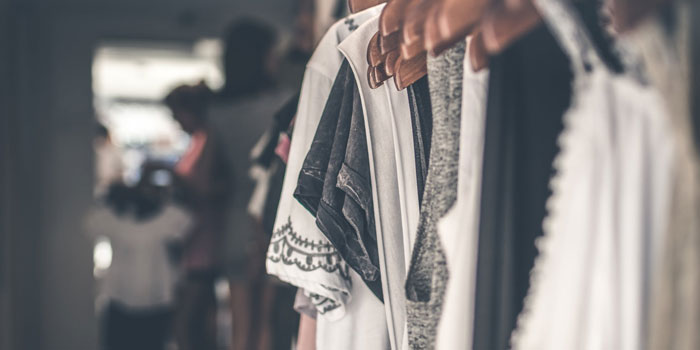 Minimalism is everywhere– and whether you’ve used the ‘KonMari’ method to clean out your closet or made room in your busy schedule for more ‘me time’ – getting rid of the excess clutter is freeing.

But when you’ve got a few bank accounts, investments, credit cards, a line of credit, a mortgage and retirement savings vehicles that all seem to serve a purpose — can ‘financial minimalism’ be an achievable goal?

Many people are looking to achieve clarity when it comes to their finances, says Alison Stafford, a money coach and certified financial planner with Money Coaches Canada in Vancouver. And simplifying your financial landscape is part of the process—it can help you see where your money is going, figure out whether you’re on track to meet goals or address emergencies and stay on top of things without taking up too much time.

So how do you simplify your financial situation?

Bank accounts with a purpose: While some might think minimalism would lend itself to having as few bank accounts as possible, Stafford says it’s not about the number, but rather what the accounts are for.

“Obviously the most minimal thing you could do would be to have one bank account, but I think that doesn’t really provide a lot of clarity for people,” she says.

Instead, she suggests that accounts serve as ‘buckets’ for separate goals – emergency savings, travel or property tax, for example. Not having to calculate how much money in one account may have already been allocated for other purposes is also a time-saver.

Start by digging into your existing accounts – where are they? What are their purposes? Make a list of what’s in your financial world right now, says Stafford. You may be able to delete accounts from your financial landscape.

Downsize your debt: On the debt side, says Cheryl Campbell, a London, Ont.-based money coach and certified financial planner, financial clutter is numerous credit cards with balances, lines of credit, car payments — and for many, trying to keep up appearances thanks to social media isn’t helping.

One Equifax Canada survey reported that Canadian consumers owed more than $1.8 trillion as of Q4 2017, including mortgages — with significant increases seen year-over-year in the instalment loan, auto loan and mortgage sectors.

“People are so overwhelmed. Some people won’t even open up their bills. They start to miss their minimum payments, and then it affects their credit score if they let it go that far.”

To simplify things, Campbell suggests first asking yourself what you truly want from life. The answer may lead to decisions to financially downsize – from getting rid of a credit card or eliminating car payments, to perhaps even moving to a smaller home.

“Bringing the number of decisions and transactions that they have to make down to a lesser amount can be really helpful,” she says.

Cut off the investment trail: Even for those who don’t have debt, it can be stressful to have assets that are spread around, says Stafford. Moving jobs or cities and opening different investment accounts at various providers can lead to “lost money” or lots of time spent logging in to check on their progress, she adds. It may make sense to consolidate with one adviser or investment company.

“Over time, we tend to leave this sort of trail of accounts, little bits of money here and there and so on, so being able to kind of bring that into one place so they can log into their one account,” she says.

Advisers can put self-directed plans in place so that individuals can have funds in different institutions but receive one statement, says Campbell.

“It’s just bringing everything together and self-directed, I guess, would be the best way to go — but even if you didn’t want to do that, maybe having just two to three different places where you’re putting your money, not six or seven,” she adds.

Ramp up time savings: Technology plays a big part in minimizing the time you spend you spend looking at your accounts or paying bills. Stafford suggests automating as many bill payments or savings as you can, and check in at a set time of the month to ensure the payments have been processed. Spreadsheets and apps, such as Mint.com, says Campbell, can also help save time by allowing you to track your finances in one place.