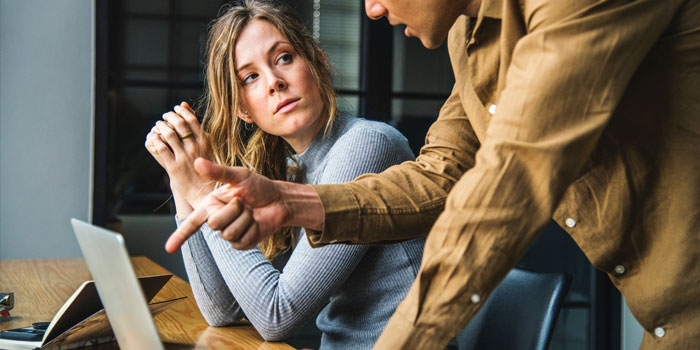 It was just a typical coffee break with my coworkers at Starbucks. I was with three male colleagues. As we sipped our Americanos, the discussion centered around how we were not exactly enthralled with the account director at our advertising agency. We all took turns airing our grievances when one of us said, “but she has a nice rack.” (Hint: It wasn’t me.) The other two men, one of whom was my boss, looked uncomfortable but said nothing. I said something along the lines of, “So what?” But I let it drop because I didn’t want to make a fuss. Still, did I feel uncomfortable? Was I offended? Absolutely.

Today, if you’re in a group of women and bring up the topic of sexual harassment, everyone has a story. According to a 2017 Employment and Social Development Canada survey, 30% of respondents said they had experienced sexual harassment in the workplace, 94% of them women. The phrase #MeToo was tweeted more than 5 million times and the hashtag was used by more than 4.7 million people in 12 million posts on Facebook, in 2017.

Under the Ontario Human Rights Code, sexual harassment is defined as “engaging in a course of vexatious comment or conduct that is known or ought to be known to be unwelcome”. The definition is broad and can include anything from asking for sex in exchange for a benefit or favour to making sexual jokes or bragging about sexual prowess.

The Ontario Human Rights Commission provides a series of suggestions if you think you’re being sexually harassed which include keeping a record of events, making clear to the person harassing you that their behaviour is unwelcome, and trying to resolve the issue internally before making a complaint to the Human Rights Commission.

Realistically, I suspect many of us fear losing our jobs or limiting our ability to advance if we speak up.

Practically speaking, what should women do?

I consulted with Toronto-based employment lawyer Marie-Helene Mayer who recommends that, if you find yourself in a situation where you believe you are being sexually harassed, start by taking notes which you can refer to later on. Document things as they are happening because our first reaction is often disbelief and memories may not always be clear.

The more difficult part, according to Mayer, is deciding what you want to do. “You then need to give real thought to the potential outcomes of reporting sexual harassment. Having the law on your side does not necessarily translate into job safety. Depending on the organizational culture, going to HR may not make a difference.” The reality is people may not want to hear what you have to say. It may be easier for the organization to make your work life so uncomfortable, you will leave or they will simply pay you off to get rid of you.

I asked Mayer if she thought things were changing for women in the workplace, specifically in relation to sexual harassment. “It’s my job to present realistic outcomes to my clients. Am I optimistic that things are changing? The short answer is ‘yes’. We are in the middle of a historic time where the paradigm is changing. Women have surpassed men at law school, medical school and are becoming harder to ignore. We are fighting to be believed and have more credibility through our sheer numbers. I am hopeful for the next generation. Having grown up in the age of social media, where no one can hide, millennials are changing things and are far less tolerant of this behaviour.”

The bottom line is, if something does not pass the ‘smell test’, begin to keep detailed records. This will help you to see if this is an ongoing problem that is endemic to your department or organization. Also, if possible, try to ensure that there are witnesses to the behavior in order to avoid the challenge of “he said/she said” should you choose to confront the individual or to take further action.