“We count the things we value, such as the Consumer Price Index, the unemployment rate, and batting averages,” Melinda Gates reminded leaders at the 2018 World Economic Forum in Davos. “Everybody knows sexual harassment is a big problem, but if we learn precisely how big — including how many billions of dollars it steals from the economy every year — it will be addressed a lot faster.”

At Golden Girl Finance we value women’s contributions, so let’s do some counting, shall we?

What the world needs now is more women economists… 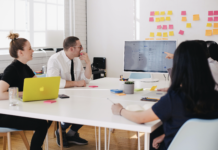